Manx Utilities is 100% committed to the delivery of the Island’s 2030 electricity decarbonisation target and the Isle of Man Government’s Island Plan. The Manx Utilities’ Transition Programme has been set up outside of our Business-as-Usual (BAU) team, which supports continued delivery of secure, efficient and economical electricity supplies to our customers, whilst new low-carbon plans are implemented. Manx Utilities has received enquiries for a large number of renewable energy projects requesting access to the Island’s electricity grid.

Manx Utilities’ Transition Programme already has several important project streams in progress including: at least 20MW of renewables by 2026, additional renewables between 2026 and 2030, a new power interconnector, and investigating a number of solutions to deliver carbon neutral electricity from 2030 onwards, in addition to the formal Targets already established in the Plan.

Manx Utilities has a pivotal role to play in the decarbonisation of the electricity supply on the Isle of Man and welcomes discussions about how this can best be achieved. The enquiries made to date aggregate to new intermittent capacity far in excess of the Island’s peak demand and indeed the export capacity on the existing 60MW interconnector, which presents a number of technical and commercial challenges. To provide optimum Isle of Man benefit, applications will need to be prioritised within policy and delivery frameworks. .

In summer, the minimum electricity demand is presently <25MW. The average demand for the Isle of Man is 40MW across the year. The existing commercial arrangements involving the interconnector requires Manx Utilities to declare and meet its commitments so as to avoid penalties; to protect Isle of Man customers, it is probable that Manx Utilities will require private generators to declare their predicted output and to meet their share of the commercial costs of balancing the system in the event that they over or under deliver in respect of their declaration.  This may also mean that some form of firm capacity will need to be operated in order to mitigate for any imbalance on the Island system and power interconnector.  Manx Utilities has a responsibility to ensure the system carries firm capacity in respect of the risks posed by a particular installation proposal.

Under the Electricity Act, 1996, Manx Utilities is duty bound to ensure the safety and stability of the network at all times and to generate or purchase electricity in the most economical manner.  In the event of renewable capacity being sought to meet our decarbonisation goals Manx Utilities is of the opinion that the opportunity should be offered to all potential developers in a fair competitive process cognisant of Isle of Man Government’s Financial Regulations and providing permissive of the Energy legislation and policy.

Manx Utilities continues to work with DEFA, who are responsible for energy policy on the Isle of Man and other IOMG Departments to help create an attractive investment environment and optimal pathway to net zero for our residents and business community.

The existing policy framework does not prevent the sale of electricity to GB via the existing interconnector. However, there is no provision to sell electricity to the UK under contracts such as REGOs, CFDs, ROCs or RoCoFs etc. as the Isle of Man is not part of the UK. Consequently, electricity can only be sold economically to GB if it is lower cost than the GB wholesale electricity market at any given time. Any developer wishing to sell electricity to the GB via the interconnector would have to agree to limit or mitigate any commercial risk as there is no guarantee Manx Utilities would be able to resell excess power to GB profitably, and any costs incurred would then be passed through to Isle of Man electricity consumers. Manx Utilities is happy to discuss potential options and possible trading approaches if a developer wished to pursue this route to market.

Considering the comments above, Manx Utilities is supportive of schemes that assist our Island on its journey to net zero. 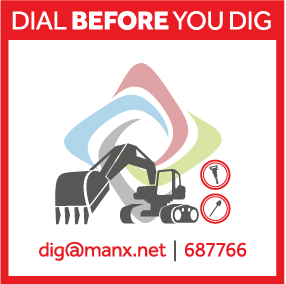